A report released on Jan. 9 by the Association for Psychological Science, the authors, led by Kent State University professor John Dunlosky, closely examine 10 learning tactics and rate each from high to low utility on the basis of the evidence they’ve amassed. Here is a quick guide to the report’s conclusions:

The Worst
Highlighting and underlining led the authors’ list of ineffective learning strategies. Although they are common practices, studies show they offer no benefit beyond simply reading the text. Some research even indicates that highlighting can get in the way of learning; because it draws attention to individual facts, it may hamper the process of making connections and drawing inferences. Nearly as bad is the practice of rereading, a common exercise that is much less effective than some of the better techniques you can use. Lastly, summarizing, or writing down the main points contained in a text, can be helpful for those who are skilled at it, but again, there are far better ways to spend your study time. Highlighting, underlining, rereading and summarizing were all rated by the authors as being of “low utility.”

The Best
In contrast to familiar practices like highlighting and rereading, the learning strategies with the most evidence to support them aren’t well known outside the psych lab. Take distributed practice, for example. This tactic involves spreading out your study sessions, rather than engaging in one marathon. Cramming information at the last minute may allow you to get through that test or meeting, but the material will quickly disappear from memory. It’s much more effective to dip into the material at intervals over time. And the longer you want to remember the information, whether it’s two weeks or two years, the longer the intervals should be.

In biology, a spore is a reproductive structure, some of which are adapted for dispersal and surviving for extended periods of time in unfavorable conditions. A chief difference between spores and seeds as dispersal units is that spores have little food storage compared with seeds, and thus require more favorable conditions in order to successfully germinate. Spores are produced in large numbers to increase the chance of a spore surviving in a number of notable examples. 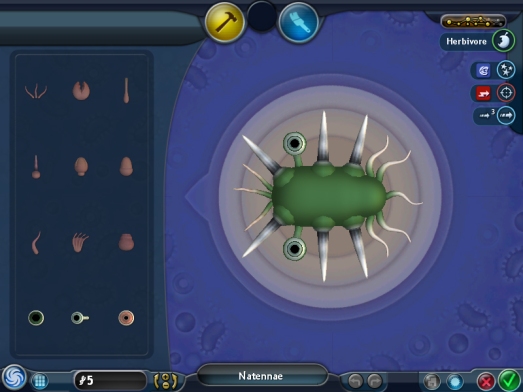 I often think of ‘spore’ in terms of English schools in developing countries. The English settles in them and grows to varying degrees in the fertile or infertile soil of students of various classes and socio-economic levels. The same is true of ways to view and do business, or ways to acquire and integrate technology, or scientific priorities. Shouldn’t you learn English as you learn other things, or about your own environment?

Spore – the game – is founded upon these principles and carries an evolutionary dimension as well. Will Wright’s concept of the game was founded on Maria Montessori’s pedagogy in that kid’s would learn some basic principles of economics, culture and biology while playing a fun game which also engenders a creative edge as players construct their own customised organisms and species, cities and planets.

Randy Pausch considered head-fake learning as one of the most useful weapons in a teacher’s arsenal. It was his legacy as an idea when he died. Up to now I totally agree with this point of view and would like to discuss how you can implement headfake learning methods into everyday teaching.

“So Alice is a project that we worked on for a long, long time. It’s a novel way to teach computer programming. Kids make movies and games. The head fake, again, we’re back to the head fakes. The best way to teach somebody something is to have them think they’re learning something else. … the head fake here is that they’re learning to program but they just think they’re making movies and video games. This thing has already been downloaded well over a million times. … And it’s not the good stuff yet. The good stuff is coming in the next version. I, like Moses, get to see the promised land, but I won’t get to set foot in it. And that’s OK, because I can see it. And the vision is clear. Millions of kids having fun while learning something hard. That’s pretty cool. I can deal with that as a legacy… we send our kids out to play football or soccer or swimming or whatever it is, and it’s the first example of what I’m going to call a head fake, or indirect learning. We actually don’t want our kids to learn football. … we send our kids out to learn much more important things. Teamwork, sportsmanship, perseverance, et cetera, et cetera.”</blockquote

Headfake learning has much in common with 'indirect hypnosis' as devloped nad practices by Milton Erickson.

Error: Twitter did not respond. Please wait a few minutes and refresh this page.