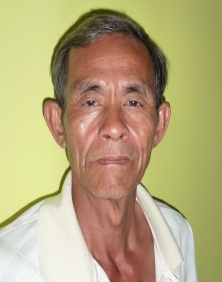 Mr. Hour Chhorn is the head Chinese teacher in Idea Source School. He has more than fifteen years experience in teaching Mandarin. Chinese is an important language for anyone working in international affairs today.  “one language sets you in a corridor for life. Two languages open every door along the way.”  One fifth of the planet speaks Chinese. Mandarin Chinese is the mother tongue of over 873 million people, making it the most widely spoken first language in the world. In addition to the People’s Republic of China and Taiwan, Mandarin Chinese is also spoken in the important and influential Chinese communities of Indonesia, Thailand, Malaysia, Singapore, Brunei, the Philippines, and Mongolia. As China is the second largest economy in the world anyone pursuing a business career would do well to speak it.

Error: Twitter did not respond. Please wait a few minutes and refresh this page.